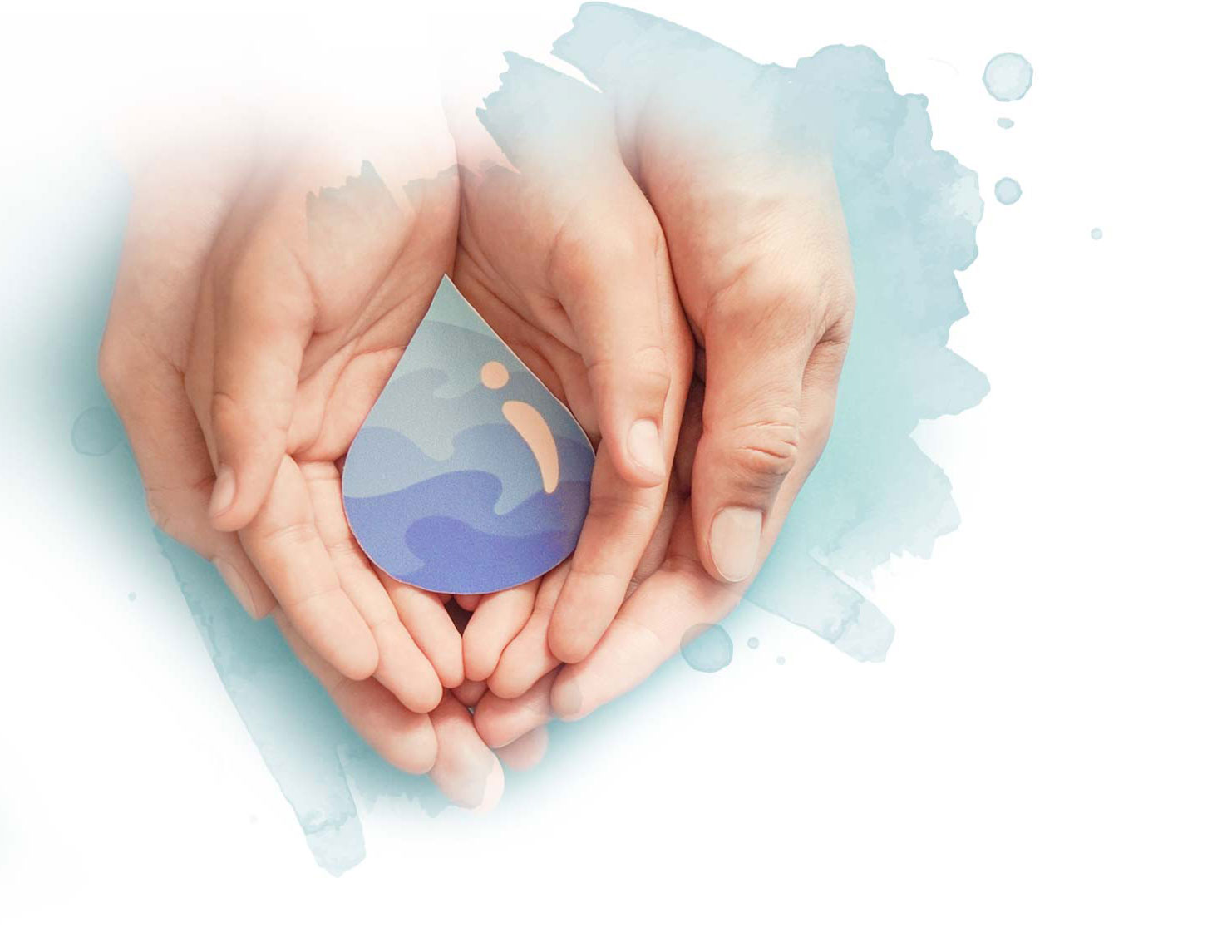 As a manufacturer and distributor of limescale protection systems that work by means of seed crystallization without the addition of chemical salts or electricity, we are fully aware of our responsibility: our environment is close to our hearts. Therefore, following the tenet of sustainability, we always treat the resources and energies available to us with care, diligence and economy.

The development of our company as well as the daily work of our management and our employees have been shaped by the idea of sustainability from the very beginning: This idea is deeply rooted in the knowledge that there are smarter solutions than the existing limescale protection solutions. Solutions that do not require chemicals, energy and maintenance and are highly effective and simple to use. 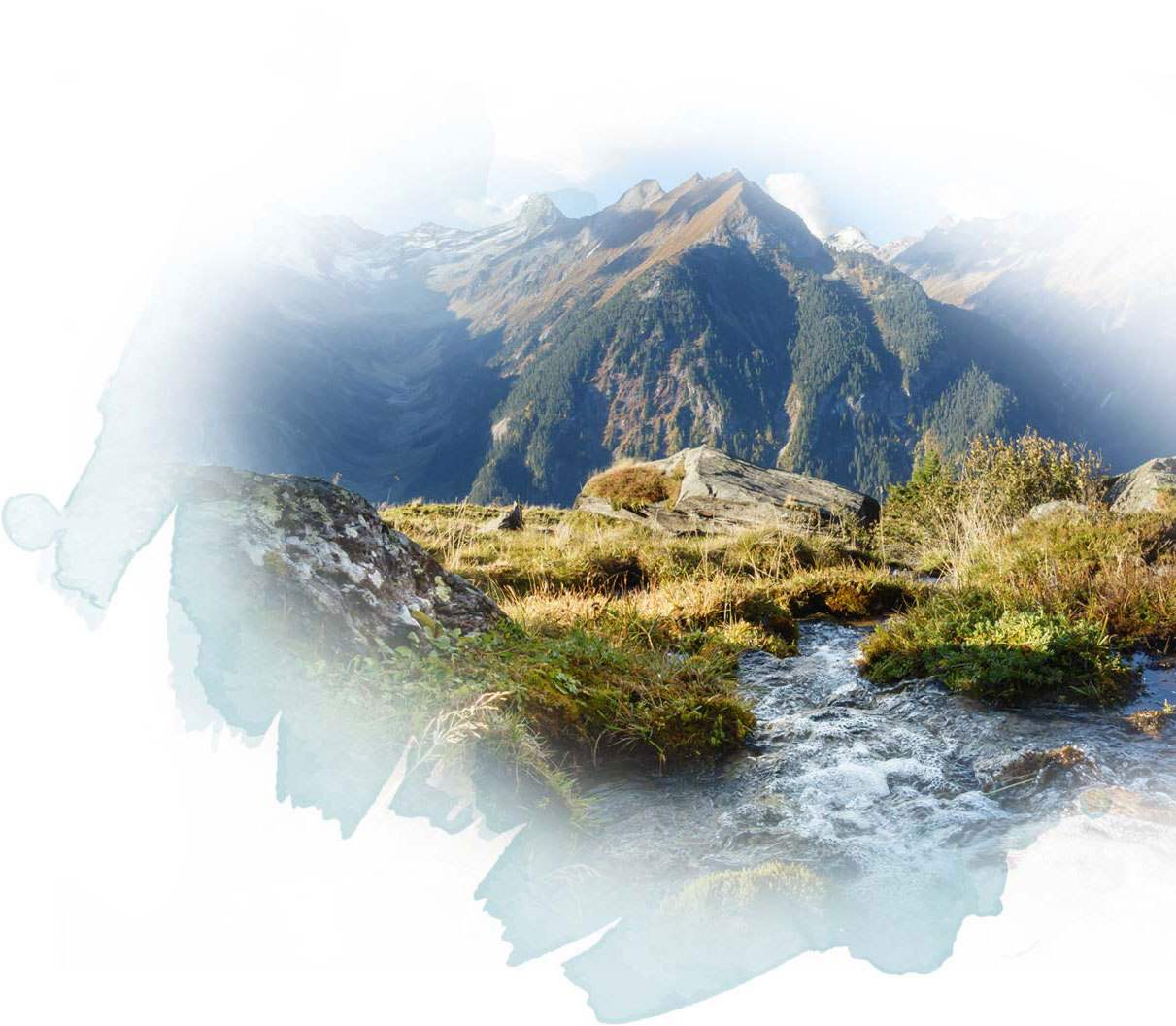 Our system: Natural limescale protection with a sustainable effect

Hard water, when heated in boilers, instantaneous water heaters, heat exchangers and similar devices, sooner or later leads to calcification of the so-called heat transfer surfaces. The resulting lime layer has an enormous insulating effect, which leads to longer heating times and thus to increased energy consumption. A lime coating of only 2 millimeters thickness reduces the heat transfer coefficient in a heat exchanger by 90% and the transfer efficiency by approx. 60%. The energy losses increase disproportionately with the increase of the lime layer. The result is a negative energy balance and thus increased, non-calculated costs in continuous operation.

With our system, we protect the drinking water installations and the appliances connected to them in your household from calcification in the long term. The process, whose effectiveness was confirmed by a study of the DVGW (German association for gas and water issues) in January 2003, can be classified in the field of nanotechnology and bionics. It uses biomineralization techniques known from nature by means of targeted homogeneous seed crystallization, which prevents dissolved lime from being deposited on pipes and heat exchangers. Nothing is added to or removed from the drinking water in the process: Rather, the quality of the water as a foodstuff, as prescribed by TrinkwV (German drinking water ordinance) 2012 and supplied by water suppliers, is always fully maintained.  In addition, the operation of the device neither generates waste water nor consumes electricity.

Thus, the maicat ® system sustainably ensures the functionality, energy yield, economic efficiency as well as the value of the drinking water installation and the devices connected to it, and prevents heat loss.  Each of our sold devices contributes to sustainably improve the energy and ecobalance of a household. 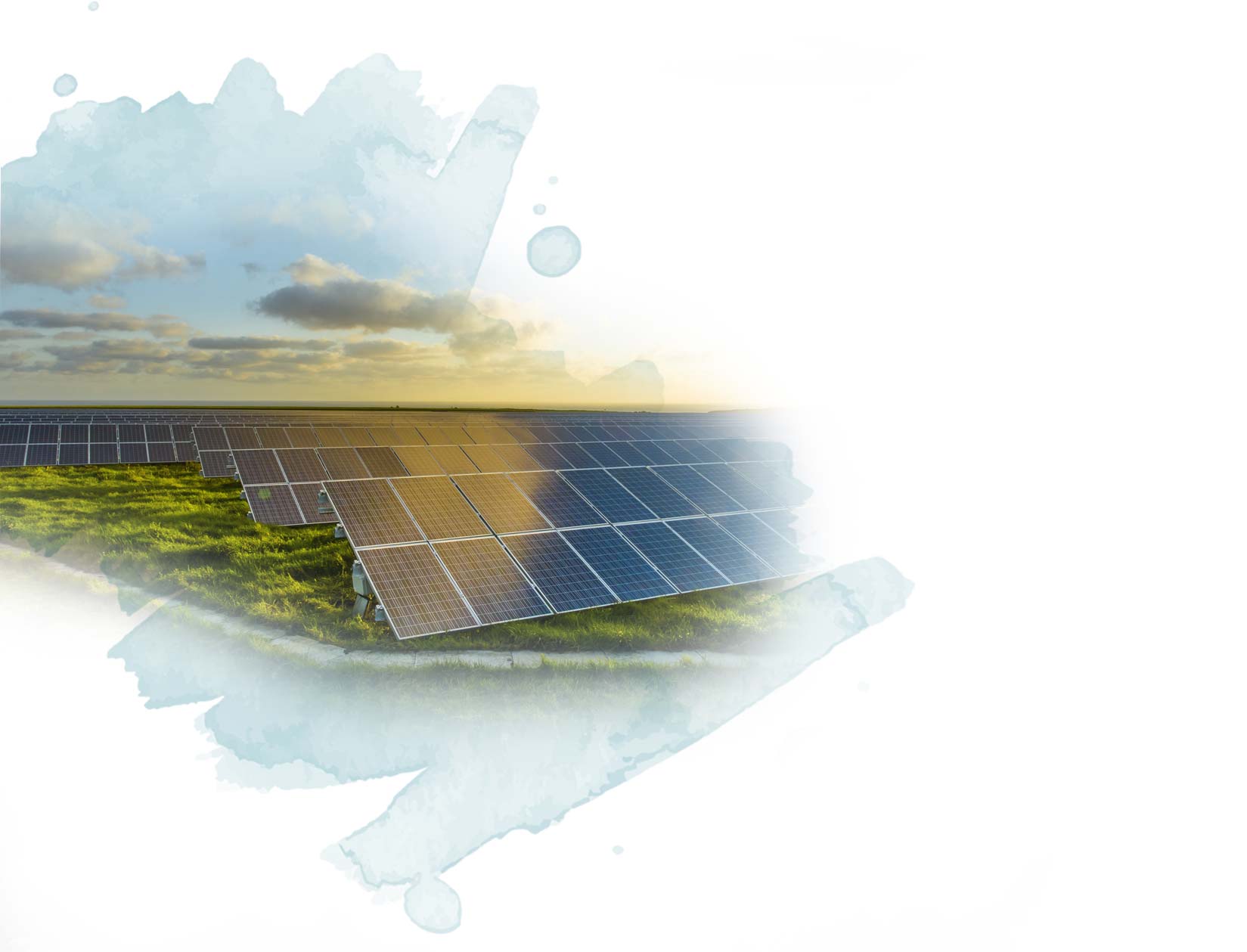 Our secret of success: we offer the only biological-ecological alternative.

The maicat® limescale protection is particularly popular in the USA: the great success of our northern German family-owned company in this international market is partly due to the fact that chemical softening of drinking water has been banned in many US states. The high quantities of salt introduced into the water in exchange for lime had led to severe salinization of the groundwater.

We offer the world’s only biological-ecological alternative in terms of lime protection.

In Germany, there is a ban on salt spreading against black ice at the municipal level, but it remains permitted for use in drinking water treatment in chemical softening systems. Chemical systems are still widely used in Germany – not only in private households but also in industry.

A conventional chemical water softener works as follows: It exchanges the calcium ions for the salt ions in the drinking water, thereby increasing the salt content by 80 mg/10°dH. The limit value is 240 mg/liter. In the process, it consumes 2.2 kg of evaporated salt per cubic meter during regeneration alone, leaving 140 liters of drinking water as wastewater. A household with four persons comes to 240 kg of salt and 15,000 liters of drinking water in the year alone, which become waste water through the decalcification process.

The maicat® limescale protection, on the other hand, works according to the principle of seed crystal formation, which is completely free of chemical or other additives. Microscopically small seed crystals are anchored on the surface of our specially developed maicat® granulates, which are manufactured in our company. If the granulate, which is in the maicat® limescale protection device installed in your system, is now flushed by drinking water, these seed crystals detach themselves, to which the limescale crystals carried in the water then preferentially attach themselves. They are then flushed out via the pipe network without being able to adhere to other surfaces. 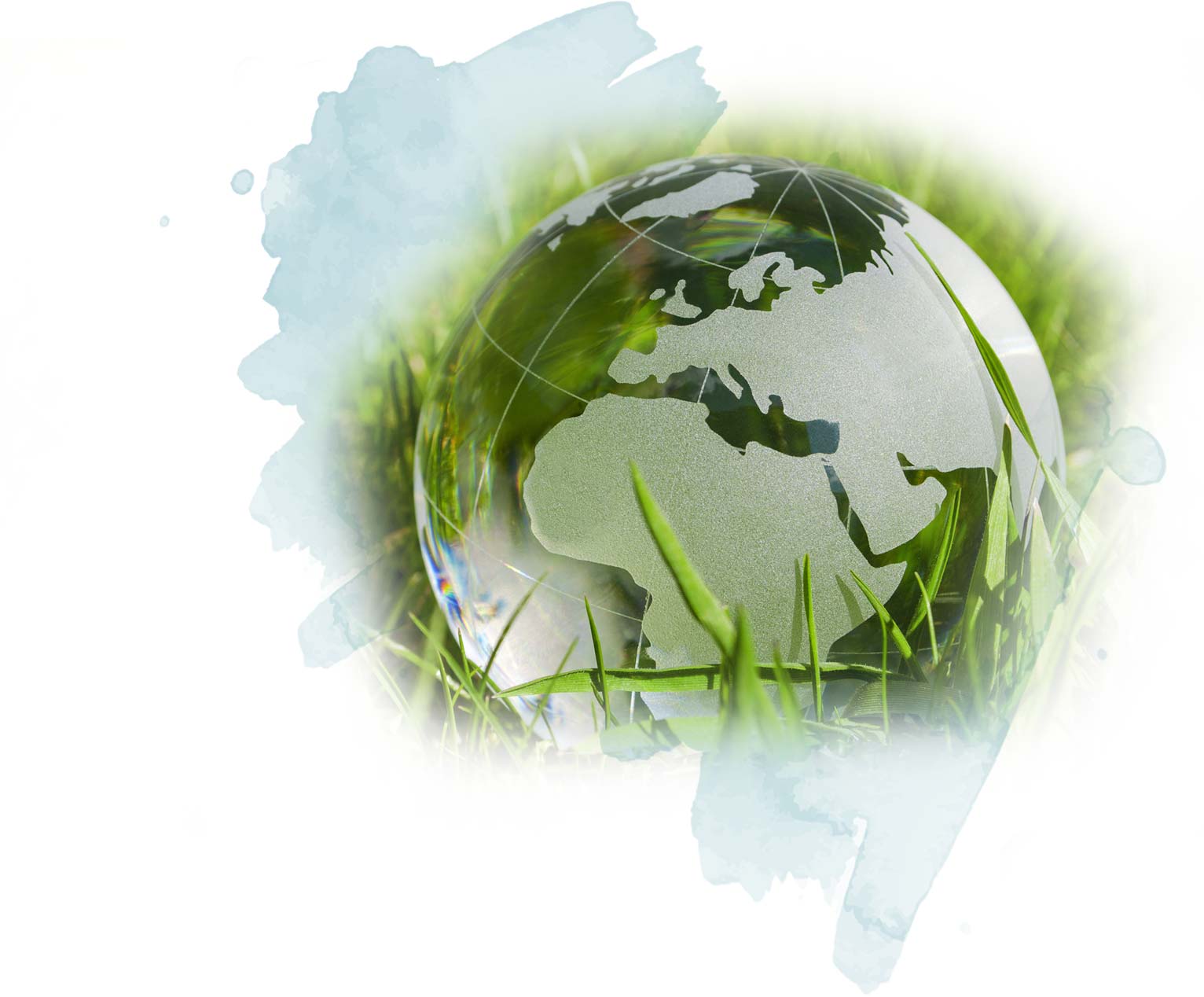 Hot water for production as well as heating of the production building is achieved with the help of solar thermal energy, thus minimizing gas consumption. The supplier “Lichtblick” provides us with so-called green electricity, which is completely generated from renewable energy sources.

We accept higher storage costs and capital commitment in order to have as few individual deliveries as possible when ordering and delivering the required raw materials and thus to be more CO2-neutral and conserve resources. We source more than 95% of our raw materials from Germany.

In addition, more than 90% of the goods used in production are recycled.

We use the packaging of the delivered raw materials, for example, for the resale of the end product – which means waste avoidance, cost savings and resource conservation at the same time. From our suppliers, we receive packaging that is recyclable for us instead of the standard packaging in plastic bags.

Our product is configured for each customer individually according to his needs and the technical requirements of his house installation. However, we do not use costly and superfluous plastic coverings. Replacement of the active granulate is only necessary every 5 to 7 years with little effort. The durability of the container is even up to 20 years. The active ingredient can be exchanged several times without any problems and without having to replace the container.

An innovative new development in this context is our stainless steel unit “NEO”, which completely dispenses with plastic components. “NEO” is ready for series production and is currently already being field tested. The new stainless steel housing is not affected by wear and tear and therefore has an unlimited service life.

With this innovation, we have created the possibility of permanently returning our limescale protection device to the materials cycle: either as a resalable used product or as raw material metal.

You want to know which maicat product fits to you?

Send a request to one of our water experts now! Send request

The Big Blue under-sink cartridges are suitable for the treatment. They contain our MAICAT active ingredient. These can be combined with other cartridges. You can obtain them from our cooperation partner Nanovita.